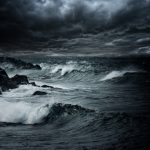 By now you know- gas prices are plummeting. Hopefully- unless you lead your life with blinders on- you also know this means more to the economy than what you just see on the surface. And what it means isn’t necessarily all good.

“Yay! Now we can go places in our cars for cheaper!”
Say you fill your gas tank once a week. This covers your commuting to and from work, picking the kids up at school and driving them to soccer practice. Now let’s say your car with a 17 gallon tank costs $60 to fill a few months ago. This translates to roughly $3.50 per gallon of gas.

But wait! You drove past the gas station and noticed the gas price started slipping. First by a dime or so (big deal) but then you noticed increasingly significant drops in the cost of a gallon of gas by 50 cents. Then you saw it slip under three dollars in November, where it hasn’t been since 2008. And by January 2015 you were so excited to see the cost of gas at nearly $2 gallon. Wow how exciting!

At what Cost?
So great; you’re saving $20 a week! This is a marginal savings of a little less than three dollars every day. But three dollars a day is three dollars a day, right? That’s more money in your pocket, no doubt about that. But what is the real cost of this negligible contribution to your savings? Well it’s costing the economy much more than $3/day, that’s for sure.

The Fragile US Economy
The drop in gas prices we love to see at the pumps is having a pretty critical impact on our economy, still in recovery mode from the years’ long housing bubble. The shockwaves from this 2007, nationwide implosion just began subsiding thanks in part to the oil boom having taken off in 2010. But with this wave having crested, the question becomes where our economy will catch the next one.

Companies drilled 28% fewer oil wells in January 2015 in the US than in last June, driven down by barrel prices having fallen from well over $100 to now around $48. Crude prices today are almost 60 % lower than the six months ago period. Subsequently, the drilling companies need fewer oil workers and are forced to lay off people. And this isn’t good news for anyone, even those of you focused on and hoping for the continued plummeting gas prices.

Beyond the loss and stress the individual bears with having lost their job, rising unemployment is a huge drag on the economy. There are single oil field service corporations currently laying off 10,000 employees at a time. The unemployed drive up costs to taxpayers tremendously, and this has more to do with just welfare dollars. There is also the social impact on society from the long term unemployed.

And the 300,000 people employed across Texas oil fields aren’t the only ones at risk of losing their jobs. The hydro-fracking industry responsible for the domestic oil boom stretches from coast-to-coast, but is concentrated in the stretch from North Dakota to Texas. And this is where millions of transient workers migrated with the onset of the oil boom, bringing with them the need for housing and infrastructure development.

The problem here is developers saw this as a means for establishing long term, permanent development to sustain a long term, permanent population. Unfortunately, it’s starting to look like the oil downturn will be sustained, for a subsequent sustained exodus of the transient oil workers. The permanent development is now billed as overcompensation, to rot on markets that don’t need it. And we all remember what happened in 2007 when there was a glut of unneeded commercial and residential real estate saturating the market.

But the plummeting gas prices are laced with some positive connotations. Of course, drivers are experiencing less of a pinch in their pocket. And this perception paying $2.00 is monumentally better than paying $3.50 for a gallon of gas is bolstering consumer confidence. But the bad far outweigh the good in this regard. With unemployment set to skyrocket and a development bubble about to potentially burst, there doesn’t appear to be another wave ready to ride anytime soon. And we might be stuck out at sea for a while.