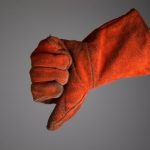 Up to thousands of pounds rely on welding fuses. Welding is used to hold joints together in everything from vehicles to buildings to bridges to pipelines.  The consequences to poor welding can be detrimental, and could not only cost you or your company millions of dollars, but could also cost human life.

The craftsmanship, or lack thereof, of inexperienced welders has been responsible for defective assembly around the globe with monumental consequence.  Explosions, collapses and structural failures are just a few of the general culminations resulting from poor welding. It is astounding how many incidence of this we see as frequently as we do, simply because builders and factories want to cut corners and save a buck.

There was of course the natural gas explosion of 2010 in San Bruno, California. In the late summer weeks of 2010 on the early evening of September 9th, a 3 block radius in San Bruno was transformed to an instant war zone. A natural gas pipeline had exploded, leaving a massive 167 foot crater in the middle of a street, immediately leveling 35 houses and setting the neighborhood ablaze.

The pipeline explosion was so massive it was actually clocked as a magnitude 1.1 earthquake. Damage in the neighborhood was immense.  But the biggest loss was of life that day. Eight people were killed from the explosion while close to 60 injured. And the cause of all this destruction and heartache was subpar welding.

Apparently gas was leaking into the atmosphere from the underground gas pipeline for a few days prior to the explosion. This rupture was traced back to a compromise in the line whereby piping was not properly fused. This in and of itself was an issue, but it grew into an even larger issue as demand for natural gas in the area grew. This increased pressure on the compromised weld from the increased gas volume overtime caused the leak to stretch, allowing more and more natural gas into the neighborhood. At this point, all it required was a spark to ignite the entire neighborhood.

In 2008, on Manhattan’s Upper East Side, there was a crane collapse. The 200-foot-tall crane toppled 14 stories when the top portions of the rig snapped off, crashed into a building across the street and plummeted to the ground. There were three casualties in the incident, but given the density of the neighborhood, the contractor was lucky these numbers weren’t 10 times that.

Prosecutors in the ensuing case against the builder alleged he cut corners and authorized a substandard weld to save some money. The crane’s turntable, which lets the upper parts of the rig swivel, was welded improperly. The pressure put on the weld was too much and the subsequent damage was detrimental.

There are accounts of bridges, towers and pedestrian foot paths all collapsing thanks to substandard welding. Inexperienced welders cost builders millions of dollars every year. Ensuring an experienced and seasoned veteran welder is completing your welding project is essential. Otherwise you could lose your company or even go to jail.