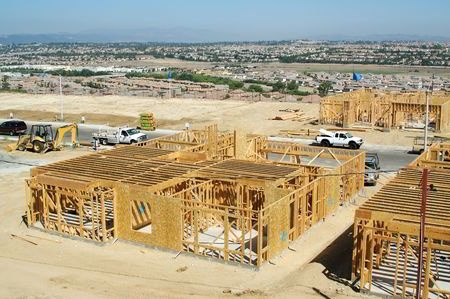 Among the most important dipsticks on the economic engine, new home sales nationwide staggered slightly in August. From the boomtowns to the Rust Belt, there was a lag in home construction output for a number of factors. The first of these factors being an apparent lag in spendable income.

Down 3% from July, new home sales totaled 1,126,000 in August—down from the July figure of 1,161,000. This means fewer middle class households were prepared to dole out a chunk of their savings for new real estate investments. Albeit marginal, this solidly translates to a little less security in the economy and trust in real estate returns.

Why might this matter to anyone outside the construction industry? For a few reasons; new home sales are a measuring stick to economic performance overall and consumer confidence. If the economy is headed for a slowdown, the new home sales market is the first market to reflect slowing performance. It is the largest investment most consumers make and subsequently the most sensitive indicator on how they are spending their money.

Consumer confidence is another boat rising with new home sales floods. And as consumer confidence, a predictor of consumer spending, swings upward, retailers perform much better. Consider all the home furnishing a new home owner will buy. These include everything from window treatments to new furniture to new appliances. Subsequently, consumers push retailers into the black. And when retailers are in the black, investors are happy and the economy hums along like a well-oiled machine.

From the year ago figure, however, new home sales were up 12.5%, indicating significant improvement in conditions and investor confidence over last summer. Much of this boost in consumer confidence has to do with gas prices at the pump having dropped significantly. Spending less than $3 per gallon of gas gives Americans more cash to spend on things they want, boosting confidence and retailer figures.

Having dropped over $1 per gallon, the average American commuter is banking around an extra $1,000 annually. This may not seem like a lot, but the American consumer is very responsive to this. An extra thousand bucks a year means an extra $80 monthly, which is a notable amount to spend at any given retailer on a monthly basis.

And it all comes out in the proverbial economic bathwater. Essentially a trickledown effect, the less people are spending at the pumps, the more they are pumping into the economy through retailers. In turn, consumer confidence surges and spending trends are more frequent and in larger volumes. And when demand at retailers is high, so too is manufacturing production—which also happened to drop in August by half a percent.

Subsequently, homebuyers are encouraged to invest their money and buy new homes. But when new home sales wane, so too does consumer spending. And when consumer spending slumps, product demand and manufacturing output suffers and this is when employment rates drop. The converse is also true. It’s an interwoven web only as strong as its weakest thread.

New home sales is the soundest indicator of what consumer spending and retail performance projections will look like in the immediate future. And currently new home sales figures are down 3% from July. But new home sales do exclude homes not built for immediate sale and these figures may be adjusted for any phase of the construction process (the date the sales contract is signed is the only date that matters).