With urban renaissance flourishing across the country and gentrification booming in every city from Buffalo to Oakland, investment is expanding beyond private real estate. With an influx of city dwellers that have money to spend come increased demand for public works. This includes parks and infrastructure improvements.
In many cities, particularly in the Rust Belt, public dollars are funding projects to simultaneously improve both parks and infrastructure. City planners are improving the quality of life for city dwellers and domesticating abandoned industrial sites, cleaning up brownfields or simply reusing parks fallen into disrepair. 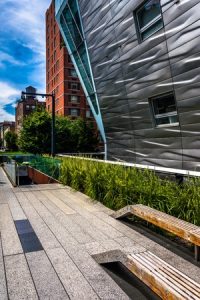 The High Line
A brilliant reuse of an abandoned raised railroad track in the Chelsea neighborhood of Manhattan, the High Line offers spectacular and sweeping views of the New York skyline. Repurposing this abandoned rail line into this public space gives the public access to unmatched perspective which may have otherwise been wasted after an expensive demolition. Instead, simple and cost effective railroad-themed improvements were made to the elevated track, making for a favorite city spot among many New Yorkers.
Wal*Mart…?
Wal-Marts are known for massively imposing size, requiring 12 acres parking lots and very generic architecture. Based on design, the same Wal-Mart in New Jersey could very easily exist in Dallas. Given they already don’t offer much in the way of aesthetics, what happens when these big box retailers go out of business or move? Well in most of the country, they become abandoned, decaying hulking shells of their former selves. 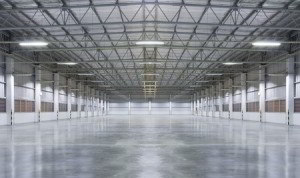 But in McAllen, Texas, residents weren’t about to let the hulking mass take up space in their town. Instead, with a few cost effective measures, the city was able to purchase and convert the enormous warehouse-like structure into a public library. This gave the people of McAllen access to one of the largest libraries in the world, spanning over 250 yards x 250 yards. This is a prime example of transformation from a vacant, unused area into a community gathering space. 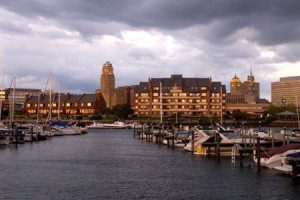 Buffalo Waterfront
Having once lead the Great Lakes region in total gross tonnage, the City of Buffalo served as a critical port city throughout the 19th and 20th century. It was the drop off and pick up point for lake freighters carrying grain from the Midwest and canal barges shipping grain to the eastern seaboard and beyond. It was also an important steel town throughout the 18-1900s. But when the city witnessed its industrial origins crumble at the hands of quicker routes to the Atlantic Ocean, both shipping and steel production slowed to a trickle.
Having adopted different principle industries, the Buffalo waterfront was left neglected and underused. That is until an old NHL arena was demolished in early 2009 and something fascinating was discovered. The ruins of the Erie Canal were discovered, the very waterway having facilitated the City’s prosperity in the previous century. Around this was built an Erie Canal-themed all-season waterfront park. From having hosted absolutely no visitors in 2008 to well over a million every year in 2015, the Buffalo Inner Harbor is centric to improvements encompassing a mile radius in and around the downtown area.