Stainless steel is one of those marvels that we have all become accustomed to, but did you ever wonder about the history of stainless steel? 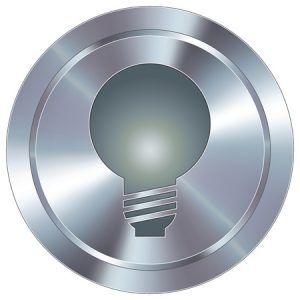 Stainless steel is widely used today and has revolutionized many different industries, including food preparation and medicine. It is also ubiquitous in the transportation industry. This material that we take for granted today, though, was only developed more than 100 years ago.

At the turn of the 20th century, steel was common, but rust and corrosion were constant problems that businesses and companies had to deal with. The first record of stainless steel was in 1904 by a French scientist, Leon Gillet, according to a history of stainless steel posted by EStainlessSteel.com. Despite documenting the properties and composition of the alloy mix, Gillet did not realize that the alloy would resist corrosion.

Several years later, in 1911, the German Philip Monnartz, documented that stainless steel was resistant to corrosion. The following year, in 1912, two Germans at Krupp Iron Works patented an austenitic stainless steel that was 21 percent chromium and 7 percent nickel. Also in 1912, Harry Brearley, working at a laboratory in England, discovered that gun barrels made from this alloy were much more resistant to corrosion than other metals.

Brearley’s is the name that has most commonly been given credit with first calling this corrosion-resistant steel alloy “rustless steel.” The name was later changed to stainless steel after discovering that the alloy did not discolor when soaked in vinegar.

Several variations of the steel alloy have been adopted over the years since it was first invented. Brearley’s successor, W. H. Hatfield, developed 18-8 stainless steel which was made with an 18 percent chromium and 8 percent nickel composition in 1924. Later, Hatfield added titanium into the composition for what was termed 321 stainless steel. Many other compositions have been developed in the decades since, with specialized uses for everything from musical instruments and aircraft to food prep and medicine.

At R.G. Smith, we design, develop and install a wide variety of industrial sheet metal solutions for a variety of industries. With our experienced and knowledgeable staff, we can handle jobs of nearly any size and can help you choose the right design for your specific needs and space. Contact us today to learn how we can help your business.