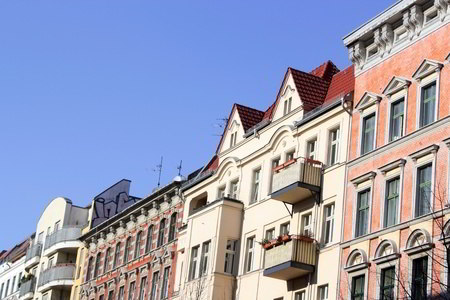 The de-urbanization witnessed in this country has had a profound impact on the American psyche and culture. Suburbanization having first taken hold in the late 1940’s changed Americans’ perception of what it means to live in an urban setting, rural setting and suburban setting to this day.

During the Industrial Revolution of the 1800’s, most Americans naturally flocked to urban centers, most from more rural settings. As farmers became factory workers, being close to the industrial boom allowed residents to take advantage of the conveniences offered within urban confines. Advantages to industrialization also included much more consistent work, unlike unreliable crop yields, year after year.

Proximity was paramount, as no one had an automobile at this point. Being close to work in industrial cities allowed workers to walk and take advantage of trolleys installed in most cities at the time. But at the turn of the twentieth century, American’s perspectives and priorities took a turn.

Even two of the largest wars the world had ever seen couldn’t interrupt the momentum of primarily urban-based economic engine. The automobile kept flooding the streets from Los Angeles to Boston, Seattle to Miami. But with this boom, came a cost to the quality of life.

As more individuals, taxi companies and municipalities purchased vehicles and vehicular traffic was instilled as a way of life, noise in urban centers depleted any trace of peacefulness left to city households. Not to mention the air quality from the carbon dioxide present in car exhaust greatly compromised air quality in the cities, long before pollution-curbing catalytic converters were introduced in the 1970’s.

New York City was the embodiment of issues facing American urbanization by the time World War II had ended. In addition to the Robert Moses-designed highways deployed between the 1930’s and 1960’s, which facilitated far flung commuting from places beyond the city limits, the concept of suburbanization was increasingly appealing.

The winds of change were prevailing in the years immediately preceding World War II. The reality of clean air, peace and quiet and green grass was no more accessible to those working in the city than it ever was before. And by the time the war was over, the first planned suburban development had been planned and built north of New York City.

With commuter trains already in place to facilitate travel for the wealthy businessmen living in Westchester County, the time was right to pitch the Levittown housing development. Available affordably in cleaner, safer environments than the smelly, noisy city, and only short train ride or quick drive to the city center, the American Dream was born.

And with the booming popularity of the suburbs in the postwar United States came an entirely different culture. The concept of mass-produced, affordable suburban homes took the nation by storm and by the 1950’s everyone dreamed of suburbia.

Unfortunately, this wasn’t without negative connotation. Suburbanization was and is still being used as differentiating rich from the poor, qualities of life and races. Because as those with money left city dwellings behind for green lawns and backyard BBQs, demand for their former dwellings plummeted. They subsequently became more affordable for those without money. This principle was pretty firmly installed until the mid-1990s, when cities were once again desired.

Fortunately in the United States we are witnessing an era of gentrification, whereby people are opting to develop and move into our urban centers. Urban centers are more and more frequently the centers of development from coast-to-coast, especially those cities central to the Industrial Revolution. It appears development may be accordingly coming full circle in our country.