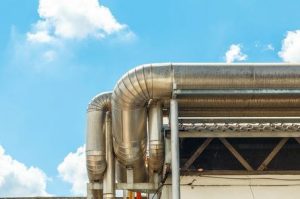 If you look on the inside or outside of any industrial facility, you will likely see a complex system of piping that seems to be running all over the place. Have you ever wondered what those pipes are actually for? It varies, depending upon the specific type of facility you’re at, but in general, the pipes—which are commonly called process piping—carry industrial gases, fuel, and even water throughout a facility as safely as possible.

Safety is obviously of the utmost concern at industrial facilities, so it’s important for the right process piping to be installed and used. Process piping can be made out of many different types of materials, including steel, copper, cast iron, and more. There are some instances in which specialty metals are utilized due to the aggressive environment in an industrial facility. Nevertheless, regardless of which kind of process piping is installed, welding and soldering must be done on the pipelines to prevent any problems with it. Strict regulations must also be followed when installing new process piping.

There are many different safety protocols put into place when process piping is put into an industrial facility. There are valves and shut offs that must be strategically placed to release pressure and close off pipes in the event of an emergency. This valves and shut offs can also be used to isolate leaks so that process piping can be fixed before it’s put back into service. Process piping needs to be maintained regularly, too, since it’s usually used to carry fluids that could potentially cause environmental issues, fires, and more if they were ever able to escape the pipes.

If you own or operate an industrial facility, then you are probably at the mercy of the industrial pipes that are installed in it. Those pipes are, in many ways, the lifeblood of your entire facility. If they don’t do their job, it could shut down your operation and force you to do the necessary… END_OF_DOCUMENT_TOKEN_TO_BE_REPLACED

Although the winter months do have their little charms, there are downsides. Freezing temperatures and inescapable ice can cause all kinds of havoc, especially with your pipes. Pipes don’t just freeze at home, and business plumbing is just as susceptible to this frustrating and sometimes very costly issue. Frozen pipes can happen in any plumbing… END_OF_DOCUMENT_TOKEN_TO_BE_REPLACED

Hydraulic lines are used in a variety of industrial and mechanical applications. When these lines fail, they not only interrupt operations, but may also present risks of damage or injuries as well. Identifying the common causes of hydraulic failures is an important step in making necessary improvements to reduce the likelihood of premature failures. Many… END_OF_DOCUMENT_TOKEN_TO_BE_REPLACED

Industries that use steam can realize a number of benefits from condensate recovery. Recovering and reusing condensate can provide both financial and environmental benefits. It may be worth considering condensate recovery if your business is not already using this technology. Condensate is a term for the liquid that develops as steam cools and changes state.… END_OF_DOCUMENT_TOKEN_TO_BE_REPLACED

*Businesses across the country use a variety of ways to heat their building. Some may use electric or propane systems, while others may use natural gas. If you are one of the many owners who have thought about switching over to natural gas but are unsure if it’s the right choice for you, some recent… END_OF_DOCUMENT_TOKEN_TO_BE_REPLACED

With freezing temperatures comes freezing pipes, and especially in industrial buildings, it’s important to take precautions to prevent frozen pipes and the damage that they can potentially cause to your plumbing. When temperatures drop and the water running through your pipes freezes, that water expands, meaning that if there are any weak spots in the… END_OF_DOCUMENT_TOKEN_TO_BE_REPLACED

Making sure the piping in your building is installed and operating properly is important to your company’s success. Poorly planned or installed pipes could lead to a litany of problems. If you’re looking for someone that can handle your new piping installation or rerouting needs, R.G. Smith Company has you covered. Certified Welding Our welding… END_OF_DOCUMENT_TOKEN_TO_BE_REPLACED

Winter temperatures can plague industrial business owners with a swath of cold-weather problems. For example, your building may have a more difficult time keeping warm if you have a lot of traffic in and out. However, frosty temps outside – and even inside – can lead to a more troublesome issue: burst pipes. When the… END_OF_DOCUMENT_TOKEN_TO_BE_REPLACED